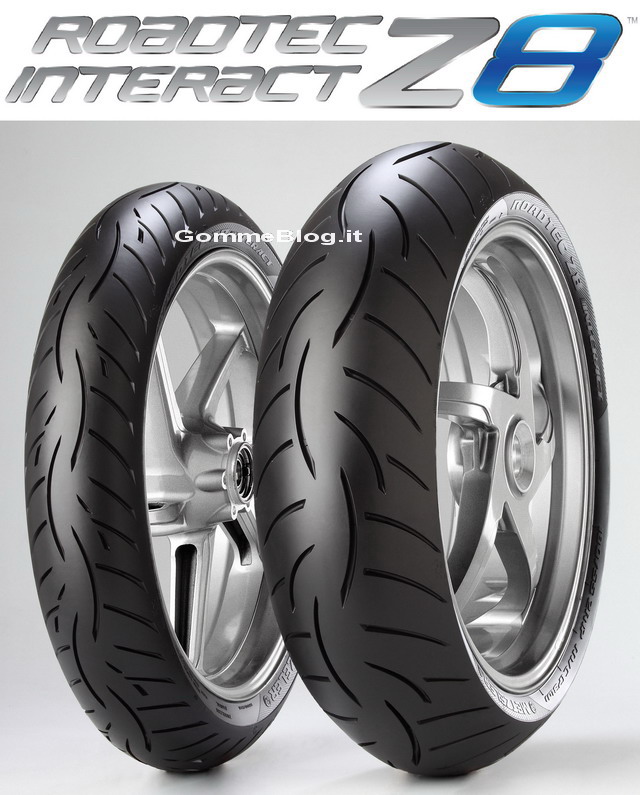 The tire has won the comparative organized by the authoritative magazine took first prize of the competition thanks to the excellent values ​​showed a level of grip, easy handling, mileage and behavior in the wet

The tester of writing Motorrad took into account several factors putting the whip all the tires and testing them under different conditions. To assess the global behavior of the test has provided for a test to be on country road and motorway driving in two separate moments, or with new tires and, as the second moment of verification, after they had already traveled 4000 km. In addition is a test-on-wet in specially equipped circuit was also performed to verify the behavior of the tires in case of rain or wet asphalt.

This is the final result of the comparative sees excel ™ METZELER ROADTEC Z8 INTERACT ™ followed by Pirelli Angel GT on a par with Michelin Pilot Road 4 GT, and to follow all the other participants tires:

At the end of the METZELER ROADTEC Z8 INTERACT ™ ™ test is the winner thanks to the excellent performance demonstrated on the highway, to a behavior in the wet that is unparalleled and the best results in its class in terms of mileage together to grip and handling that are not never the less.

With this METZELER happened yet another win for the third consecutive year a comparative motorcycle tires made by Motorrad: in 2013 the triumph in the enduro street segment with the TOURANCE ™ Next, in 2014 to get on the top step was the SPORTEC ™ M7 RR voted best super sports tire and now ROADTEC Z8 INTERACT ™ ™ wins comparative sports touring tire. Three different tires and three different segments confirming that METZELER is constantly the motorcycle tire brand of reference on the market.

Tyres services Olbia
Share This
Articoli recenti
A wide range of tires from the best brands for cars and motorcycles: Pirelli, Michelin, Metzeler and many others
Get In Touch
2020 © Modde Gomme - P.I. 02455300901 | Credits Webconsulentzia
Back To Top
×